In the app, you can quickly and without queues buy a ticket for Aeroexpress trains. They connect Moscow with Sheremetyevo, Domodedovo and Vnukovo airports.

The Aeroexpress company is rapidly developing and carries out passenger transportation between Moscow and the capital's airports. This is an important component of the Moscow transport system. Aeroexpress trains help you get to the airport conveniently and quickly, without wasting time on busy highways. One of the points was Domodedovo. 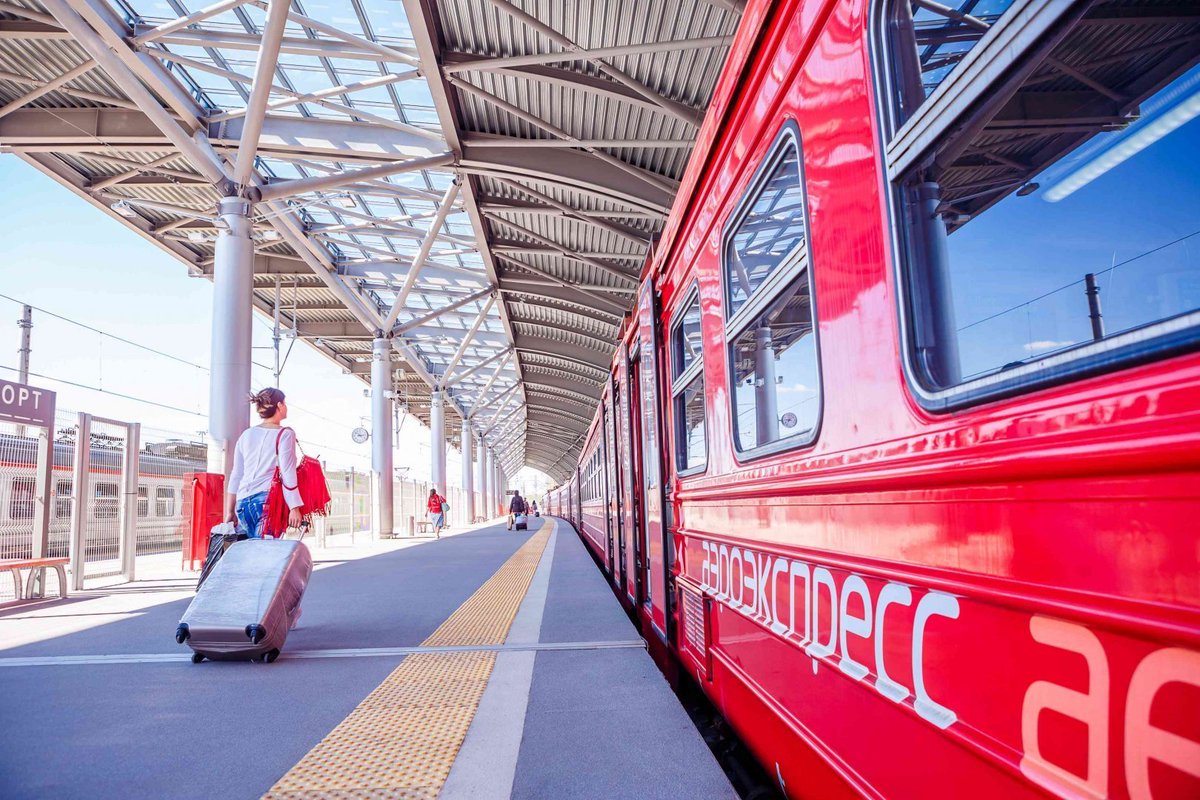 In June 2010, the rolling stock was updated in this direction. The composition of the wagons was increased.

In August 2012, 7 new 11-car trains were launched. It became possible to buy Aeroexpress tickets on airline websites when booking and purchasing air tickets.

In December 2018, the movement of the Aeroexpress accelerated. Some of the flights departing from Paveletsky railway station cover the distance in 40-42 minutes (previously, the figure was 45 minutes). At Domodedovo airport, the company added ticket sales areas. In them, you can get acquainted with the current schedule and other important information, buy tickets for the train. Aeroexpress trains traveling on the route Paveletsky railway station-Domodedovo, began to stop at the station Upper boilers. After the addition of the intermediate point, the travel time has not changed much.

There are different ways to get to the Aeroexpress train:

The exit to the trains stopping at the Paveletsky Railway Station and the Upper Boilers is located opposite exit No. 3 in the Domodedovo airport complex.

Aeroexpress departs to Domodedovo from 5: 30. From there-from 6: 00. The last trains leave from both directions at 23: 30. The average travel time between stops is 43-48 minutes.

On the Upper Boilers platform, passengers can transfer to the metro station of the same name and to other types of urban transport.

There are 2 Aeroexpress fares available for customers to choose from:

The passage of passengers with children has its own characteristics. A child under the age of 5 years goes for free. It is necessary to observe 1 condition: it should not occupy a separate place, but instead be in the hands of the accompanying person.

For a child aged from 5 to 7 years, a special rate is available – "Children's". The ticket price is 130 rubles. Children over this age must travel at the usual fares.

Tickets for the Children's fare are available for purchase exclusively at the Aeroexpress ticket offices. The child's personal presence and the presentation of documents confirming his age are required.

The age of the children at the start of the trip is taken into account.

You can use the ticket in accordance with the date and time specified in it. It is issued directly on the day of departure.

Persons receiving social services have the right to receive a one-time non-monetary ticket. You must present the full package of documents to the cashier:

Benefits are available for the disabled and their accompanying persons, combat veterans, participants of the Great Patriotic War, military personnel, etc. The full list is available on the company's website.

You can buy Aeroexpress tickets directly at the airport, at the departure points of the train and on the website https://www.aeroexpress.app/#/. The stations have customer zones. They have fixed ticket counters and ticket printing machines.

Aeroexpress is a convenient and affordable way to get from Moscow stations to Domodedovo Airport and back.

How the Aeroexpress train was created in Vnukovo.