In the app, you can quickly and without queues buy a ticket for Aeroexpress trains. They connect Moscow with Sheremetyevo, Domodedovo and Vnukovo airports.

The first experiments with trains flying over the road began before the war. In the pre-war period, Great Britain and Germany pioneered the creation of prototype trains on magnetic pillows. In 1979, in Germany, the new invention was immediately used by 50,000 people, and a permanent route line with a length of 600 meters appeared at the English airport in Birmingham. The system was successfully used for 11 years, but the equipment often failed, it was necessary to order spare parts, which, due to their individuality, were very expensive. And then the line that brought losses was closed. In parallel, in 1975, our country began to create the first maglev. Today, almost no one remembers it, except for the older generation, but this is a special stage in the history of technical inventions in our country. 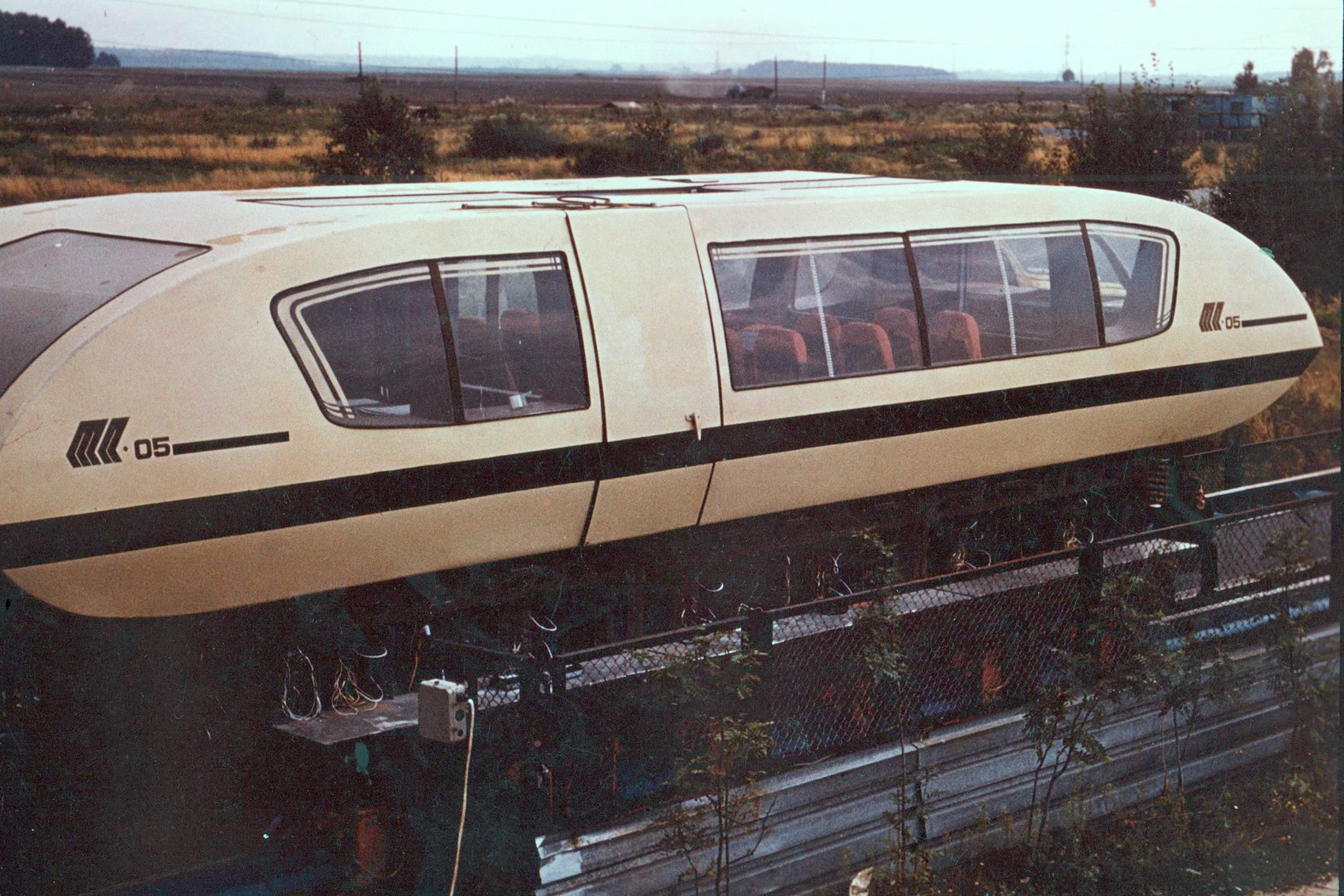 Maglev is more like a spaceship from the world of science fiction, rather than an ordinary passenger train. It has a smooth, streamlined body, the iconic inscription "TP-05" on the board and a sliding door. The train weighs 18 tons and is designed to carry eighteen passengers. Maglev was tested at the test site until the mid-1980s, and the train successfully flew at a speed of 100 km/h.

The principle of operation of the train is built on magnets. Thanks to these assistants, the car hangs above the plane, as if by itself. The forces of magnetic levitation are directed vertically, and on the sides, on the contrary, horizontally, which creates this effect. It is easy to understand the principle if you turn to the school curriculum: magnets turn to each other with different poles and attract, turn the same-repel. The train feels light. Simply put, to push the car from a place under the power of any person.

How does the train start moving? Here, a linear synchronous motor is connected, operating according to the Moscow monorail type. The engine consists of two parts, one of which is located under the car (the inductor), and the second (the jet tire) - on the tracks. The levitation altitude is low, but the train practically hovers over the road. Maglev is silent, the roar of the engine and the noise of the engine are inaudible in it. The magnetic track can be built almost at a distance of two meters from a residential building, there will be no sounds, only dissected air. Another advantage of such a vehicle is that the train is environmentally friendly. And this is not all the advantages. Compared to classic trains, such a train is not afraid of wear and tear of equipment, and it does not meet any obstacles on its way. This is a saving of working time: you do not need to check the canvas daily, as it is done now. If there is no contact with it, then there is no wear. The ticket price would be much lower, which is also important. The disadvantages can be considered the complexity of the assembly of road tracks and their high cost. One of the problems, for example, is lifting a train onto an overpass in the event of an emergency.

There was no initial experience in creating levitating trains in our country, and the engineers had a difficult task ahead of them. First, they chose the parameters of the interaction of magnets between the car and the roadbed, then they began to use electromagnetic suspension-they experimented with the magnetic flux and speed of movement. They managed to create magnetic skis, thanks to which uneven areas were smoothed out during the trip and would provide passengers with comfort. Special sensors were assigned to check the system, which monitored the road and signaled if problems were detected. At the command of the sensors, a power converter was activated, which increased or decreased the lifting force.

This scheme was tested on a type of train of the 05 series (TP-05) - a "second direction" car, with an electromagnetic suspension. The case for it was made in a short time, in just three months. Soviet cities grew, the population increased, in 1970 there were nine cities with a population of one million, by 2000 this figure could increase by 3 times. The Maglev train would be the most suitable means of transportation to solve the problem of rapid transportation. The first road for magnetoplanes was supposed to be built in Armenia, in the direction from Yerevan to Abovyan, with a length of 16 km. They wanted to increase the speed of the train almost twice - to 180 km / h, and the number of passengers to seventy people per car. The Yerevan train was supposed to be a kind of technical demonstration, a showcase of the achievements of Soviet technology. Construction has already begun, the first piles were installed, and the first launch was expected by 1991, but this did not happen. The project was closed. There are two reasons why it was "frozen". Perhaps it was all the fault of such trains in the UK, which have already started and are gaining unprecedented popularity. It cost us nothing to catch up, to get ahead of the British, to entangle the whole country with a magnetic web, but unstable political relations served a bad service. The second reason is called the earthquake in Armenia, where all forces, including financial ones, were thrown. 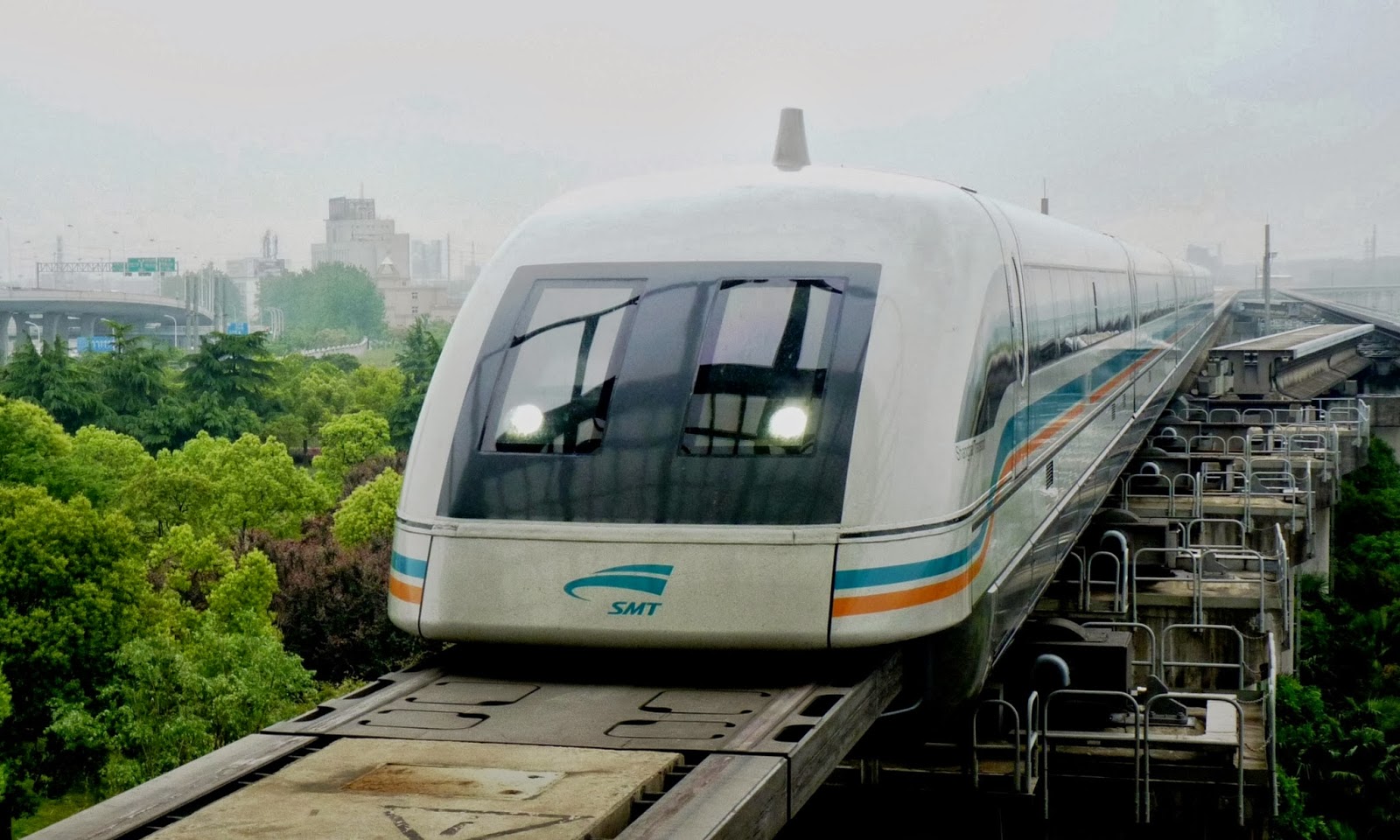 Maglev is the founder of Aeroexpress.

It is no coincidence that Maglev is called the ancestor of Aeroexpress. All the work was curtailed, but in the early 90-ies. the engineering and scientific center "TEMP" received an order from the Moscow government: the idea of Maglev to continue! This idea belonged to the "Aeroexpress", a high-speed train on a magnetic cushion, designed to transport residents of the capital to Sheremetyevo Airport.

The prototype was shown at an exhibition in Milan, where the project aroused the interest of foreign investors and engineers. But in 1993, there was a financial crisis, and the project was once again closed. However, there are still developments for Maglevs in our country. The Research Center continues to conduct projects for different industries, as it has already had experience working with similar systems. Several years ago, at the initiative of Russian Railways, tests on maglevs were assigned to other organizations. But the question of when we will be able to travel around the whole country in 14 hours is still difficult to answer. With the successful launch of the maglevs, we will get great speed, noiselessness and durability. Modern technologies will allow you to accelerate the vehicle to 600 km / h. But the construction of the maglev requires significant costs. One kilometer of a conventional railway will require 28 million dollars, for Maglev it will be about 35-40 million. In addition, the creators of the Russian maglev are far from optimistic. However, if the government approves the production of such trains, in five to ten years, a trip on a train with a magnetic cushion will be possible. Time will tell.

How the Aeroexpress train was created in Vnukovo.